What Is The Toughest Challenge Facing Your Career?

How Do You Learn Programming Fast Or Get A Software Developer Job Easily? ↴ 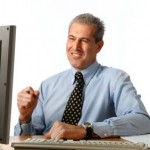 The answers to the questions: "how do I learn programming fast or get a software developer job easily" are hidden in the amazing story I am about to tell you next ...

Matt was an electrical engineer who had been a stay-at-home parent for four years.

When his youngest child started kindergarten, Matt wanted to return to work doing what he loved: Computer Programming with cutting edge technology.

The first few coaching sessions focused on bringing Matt up to date with the latest changes in the software development industry.

Matt learned the details of the new programming skills that employers were looking for in contractors and full-time hires.

We (ITCareerCoach) developed a list of the skills he needed to learn over the next few months and a plan for refreshing his knowledge of computer programming and getting real-world experience.

Over the next few months, Matt brought himself up to speed using our curriculum and taking advantage of my extensive hands-on coaching. Then he was ready to move to the next step. job search coaching.

Matt's resume needed a major revision because it did not detail the computer programmer skills he used in a way that would catch the employer's attention.

Also, his resume did not give much credit to the hot, in-demand technologies that he had used on previous projects.

As a result, Matt needed to list his experience in a way that demonstrated his passion and aptitude for technology and the fact that he was very results-oriented.

We (ITCareerCoach) introduced Matt to a couple of recruiters, and got him started on an interview coaching program.

After looking at the job descriptions of the positions he was considering and giving him an overview of what the potential employers would be looking for, we then oriented him on the technical recruiting process, skills testing, phone interviews, face-to-face interviews, code sample demonstrations etc.

ITCareerCoach coached Matt on the programming concepts that he needed to master and/or discuss off the top of his head in order to impress hiring managers. We also ran him through a two hour mock technical interview where we coached him on how to frame and phrase his answers.

Because of Matt's commitment to the coaching process and our coaching plan, the results were immediate and outstanding: Less than two weeks after his resume was mailed out to my preferred recruiters and after just ONE interview, Matt received a job offer for a Senior Developer position.

The amazing part is that the hiring manager was so impressed, he extended an offer within an hour of the job interview.

IN MATT'S OWN WORDS:

"There is such a wealth of information out there that it can be overwhelming to someone trying to figure out what they need to know.

ITCareerCoach supplied all this information and more. And not only that, but it was structured in such a way that it was easy to learn. Each step builds on what I learned in the previous step so I never got overwhelmed.

I went on my first interview and it went very well. I was prepared for every question and answered each one beyond expectation.

The interviewer said that with each answer I gave, I also answered the next two questions on his list. I walked out of the interview at 9:15am and by 10:30am my recruiter called to tell me they had offered me the position.

I'm ecstatic with my results. I couldn't have done it without the guidance I received from ITCareerCoach! I owe him my career. He has given me the keys that have allowed me to unlock my potential as a professional programmer - and I will forever be grateful.

Anyone considering a career in programming simply must get his coaching. It would be a bargain at 10 times the price!"

You just read Matt's success story and now, it is your turn to both computer programming and and sql / database development skills by enrolling in the SQL Boot Camp + Software Developer Boot Camp.

Why You Have To Learn SQL Queries + Databases + Computer Programming

"SQL / database programming skills" is expected of software developers as well, so, just learning programming / software development is not enough. The good news is that if you enroll in both programs today, you will qualify for an instant discount and you may request for payment plan today ...